I feel like everyone experiences this at least one point in their life. You wait for something, and you’re so eager for it that you forget to just be present. I know I’m guilty of this. But I also know that I’m working on it.

A pretty popular one that I see is people waiting for a relationship, a marriage, a family. There was a time I was like that too. Then I was satisfied with where I was at, and that was when my best friend asked me out. We dated for two years, and broke up last year on good terms knowing that we need to find ourselves. I’m not ashamed to admit that it was hard for me at first. I had to learn to be okay on my own, something I hadn’t had to do for a while.

I worked and got better and was okay with not being in a relationship by the time I went back to school in the fall. But it wasn’t until last month that I was finally okay with being single. Let me explain. I have a friend who is a freshman at Ball State with me. I invited her to a dance as my date. She went, and afterwards we went to Steak ‘n’ Shake. Well, her boyfriend called while we were there. Now I’ve known both her and him since I was in high school, and I have no problems with either one. He was coming up the next weekend for another dance that she was going to. He was going to sleep on her floor, and I told her that he could just crash on my couch. So they crashed my apartment for the weekend. We had an awesome time as the three of us. I never felt like I was third-wheeling, and it was a good weekend. But they did stuff on their own too. I didn’t go to the dance with them, and while I was making my dinner for the week, they went on a pretty long walk together cause it was a nice day. It wasn’t until after they were gone that I had a realization: I didn’t feel like I was missing anything by not being in a relationship. I thought I would, and it was sweet to watch them interact. But I expected to feel much worse than I actually did. I wrote in my journal that weekend that I was okay with being single.

I’m not telling you this because it’s easy. Last year was probably one of the hardest years of my life, for other things as well as my relationship ending. But I’ve done so much in the time that I’ve been “waiting” that may not have happened while I was in a relationship. I went to Boston for four days, took trips to visit historic sites around the state, saw three Broadway shows, got a tattoo, got my ears repierced, and other stuff. A big thing that has happened this past year was that I got to reconnect with one of my oldest friends. She used to live next door to me, and time kind of drove us apart without any other reason. I actually took initiative to get an invitation to her graduation open house and went. Since then, we’ve talked almost every day and we’re working on reconciling our friendship. I’m honestly so excited that she’s back in my life. Honestly, our relationship circumstances led us to being friends again. Since both of us had recently gotten out of a relationship, we needed to find friends again. It’s so great to talk to her and tell her what’s going on. We help each other, and I honestly don’t think we would be as close as we are now if we hadn’t been recently single.

I write all this to come to my point: live in your time of waiting. I’m working on me and gonna get my degree in a year. A relationship would be cool, but it’s not a high priority. Honestly, my standards are so high anyway that it’s not easy for me to date. I’m not on Tinder or any other dating site for a good reason. If a relationship happens, it happens. I’m not seeking it out.

I’m not telling you to delete your Tinder or anything. I’m just saying that it’s important not to wish your life away. Whatever you’re waiting on, be it a relationship, a child, a job, a promotion, shouldn’t get in the way of living your life now. I’m home on spring break this week, and I’m going to see as many of my friends as I can while I’m home. One of my love languages is quality time, and even an hour or two getting a meal with a friend means a lot to me. I’m honestly ready to be done with the year, but I’m going to live and work in the present. Also on spring break, I’m going to try to read a book for a project so I can get the project done sooner. This way I won’t have so many to do at the end of the semester.

The time of waiting is one of the most important times in your life. I’m not a patient person by nature, so making me wait for things really tests and strengthens me. But I have learned so much about myself in that time. I believe everything happens for a reason. It may not be obvious, but there’s a reason. I strongly believe that I would not have reconnected with my friend if I hadn’t gotten out of a relationship.

It’s fine to want things, but it almost makes me sad when people are so desperate for x, y, or z. I want things myself. I want my degree, and I’m eager for my own classroom. I would love a husband and family one day. But I’m not wasting my present. I’m investing in myself and my friends. I have a friend who has been going through a lot lately. I’m not the only person they talk to, but I’m probably one of the few who asks what’s wrong. We talk, and I turn into a little bit of a tough love therapist. If you come to me with problems, I’ll tell you it’s gonna be okay, but I’ll also tell you to take action and do something about it. This friend was working on a group project and someone else wanted to change what had already been agreed on. I straight told my friend they had to put their foot down otherwise they would get walked over. I know this because I’ve had it happen to me. That’s what I mean by investing in my friends. I’m there for them when they’re going through stuff, and they return the favor. I have a good enough support system that I can text my friends “Hey are you available? I got stuff on my mind” (I like to ask before I dump and vent on them in case they aren’t in a space to handle it). I invest in my friends and they invest in me. This is a present thing that will help us both for the future.

Going to college has really deepened a lot of my friendships. I didn’t know many people when I first got to college. I’ve made friends that I love and cherish, but that doesn’t mean I forget the people at home. While I may not text them all the time, I like to hang out with my friends from home when I’m home and my friends at school when I’m at school. These are present actions I take to prepare for the future.

I’ve said it earlier in this post, but I’ll say it again: Waiting is important in your life. Things work out how they’re supposed to in their proper time. I probably could not have told you that a year ago. But I can tell you that now with the conviction of one who believes it herself. I am not perfect by any means. I fall, I stumble, but I try to get back up again. I love sharing lessons I myself am learning because you need to see that I am human too. I’m still impatient. But I am learning to enjoy the wait. 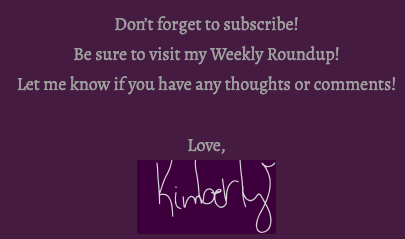 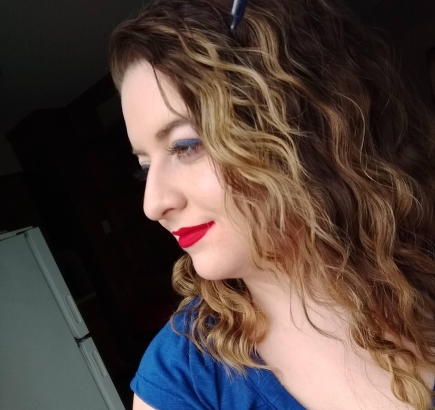